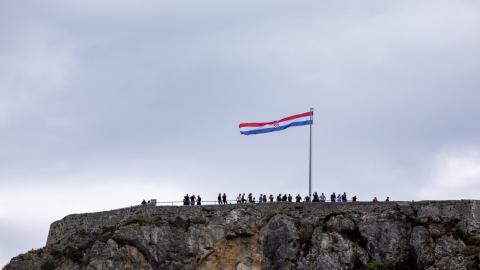 Marijana Stojcic, a sociologist and researcher from the Belgrade-based Centre for Public History, believes that the rival official narratives about Operation Storm in the two countries, created and supported by nationalists, are being used to achieve political goals.

"When we talk about Storm, we actually have the same event which has different functions [in each country]," Stojcic told BIRN in an interview.

Operation Storm, which saw Croatian forces oust the rebel Serbs' self-proclaimed statelet, the Republic of Serbian Krajina, is celebrated in Croatia each year on August 5 as a crucial victory, and as a key factor that ensured the country's existence as an independent state.

However, in a series of attacks during and after the operation, over 600 mostly elderly Serb civilians were killed, according to Croatian Helsinki Committee. Around 200,000 Serb refugees left the territory liberated in August 1995.

For this reason, the anniversary is painful for the country's remaining Serbs, while in Serbia, August 5 is marked in sorrow as Remembrance Day for those who were killed or expelled.

The commemorations in both countries are often marred by nationalist rhetoric, and Stojcic noted that this is causing great harm to local, often mixed communities.

'A narrative of martyrdom and victimhood'

Due to the COVID-19 pandemic, last year's 25th anniversary...