Turkey objects US plan on resettlement of Afghans 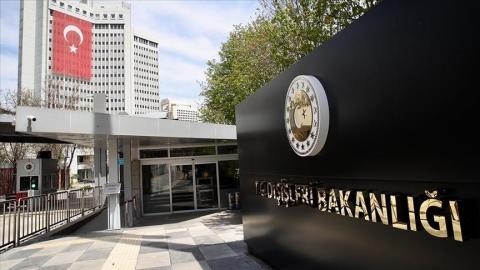 Turkey will not accept the "irresponsible" decision taken by the United States regarding the resettlement of Afghan refugees, because the plan addresses Turkey as the target country for application of the migration procedures, Foreign Ministry spokesperson Tanju Bilgiç said on Aug. 3.

In a written statement, the spokesperson recalled that the U.S. Department of State announced on Aug. 2, that Afghan nationals and their families, who have worked for the U.S. Government, U.S.-based NGO's and press corps, will be allowed to apply within the framework of the Refugee Admissions Program Priority 2, Afghan nationals Program from third countries via respective agencies they have been employed in.

Turkey has also been suggested as a possible application spot, he added.
"This announcement will cause a major refugee crisis in our region and increase the misery of Afghans on the migration routes. Instead of looking for a solution among countries within the region, seeking a solution in Turkey without our consent is unacceptable," the spokesperson said.

Hosting the highest number of refugees for the last seven years, Turkey does not have the capacity to bear another refugee crisis for another country, he said, adding that Ankara does not accept the US' "irresponsible decision taken without prior consultation."

The U.S. may directly transport these people by plane, he said.