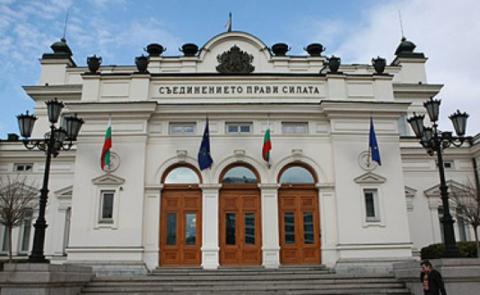 Following are short bios of the ministers in the government line-up proposed by the There is Such a People Party on Tuesday:

Minister of Finance Plamen Danailov According to the TISP website, Danailov holds a degree in Finance, Accounting and Control from the University of National and World Economy in Sofia. He has over 20 yearsТ experience at senior managerial positions in large international companies. Manager of a consultancy firm in the sphere of financial services.

Foreign Minister Radi Naydenov Studied International Relations at the University of National and World Economy, specializing in Germany, France and the US. A career diplomat; has served as an ambassador to Austria, Germany, Switzerland and Liechtenstein. Foreign minister in the caretaker government of 2017. 58 years old. Speaks four languages.

Minister of Agriculture, Food and Forestry Plamen Abrovski Holds a Master's degree in law. Has over 17 years of experience in agricultural law, European procedures and policies. Appointed by the Agriculture Ministryas Second Secretary at Bulgaria's Permanent Representation at the EU in Brussels. 41 years old. Speaks three languages.

National Protest on Tuesday to Block intersections and Border Crossings, Will Stop Buses

Prof. Mutafchiiski Had a Third Dose. When and in Which Groups is it Recommended?

Historical Discovery: America was Reached by Humans 7,000 years ago

Census 2021: Nearly 2 million have been Counted Online, the Deadline can be Extended Again

COVID Ward in One Sofia Hospital is Full. Only One of the Patients was Vaccinated