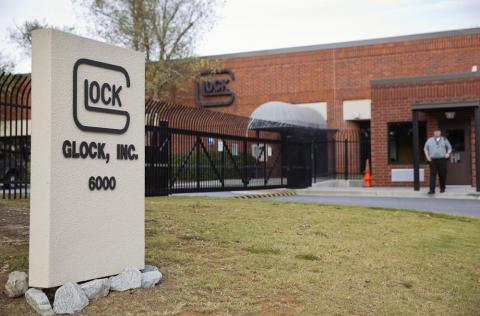 The Mexican government sued United States gun manufacturers and distributors on Aug. 4 in U.S. federal court, arguing that their negligent and illegal commercial practices have unleashed tremendous bloodshed in Mexico.

The unusual lawsuit was filed in U.S. federal court in Boston. Among those being sued are some of the biggest names in guns, including: Smith & Wesson Brands, Inc.; Barrett Firearms Manufacturing, Inc.; Beretta U.S.A. Corp.;

Colt's Manufacturing Company LLC, and Glock Inc. Another defendant is Interstate Arms, a Boston-area wholesaler that sells guns from all but one of the named manufacturers to dealers around the U.S.

The manufacturers did not immediately respond to requests for comment.

The Mexican government argues that the companies know that their practices contribute to the trafficking of guns to Mexico and facilitate it. Mexico wants compensation for the havoc the guns have wrought in its country.

The Mexican government "brings this action to put an end to the massive damage that the Defendants cause by actively facilitating the unlawful trafficking of their guns to drug cartels and other criminals in Mexico," the lawsuit said.

The government estimates that 70% of the weapons trafficked to Mexico come from the U.S., according to the Foreign Affairs Ministry. And that in 2019 alone, at least 17,000 homicides were linked to trafficked weapons.

The National Shooting Sports Foundation, the U.S. firearm industry's trade association, said in a statement that it rejected Mexico's allegations of negligence.

"These allegations are baseless. The Mexican government is responsible for the rampant crime and corruption within their own borders," said Lawrence G. Keane, the group...

Turkish capital to be mesmerized by Latin music

Strong Earthquake Shook Mexico, There is a Casualty

People were fleeing, strange flash was seen; there are dead in Mexico VIDEO / PHOTO