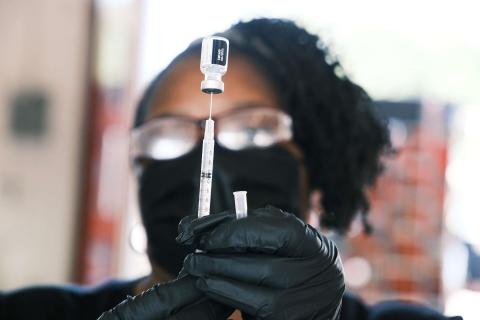 The United States rejected an appeal from the U.N. health agency on Aug. 4 for a moratorium on COVID-19 vaccine booster shots, while China tightened overseas travel curbs after recording its highest number of infections in six months.

The World Health Organization said halting booster shots until at least the end of September would help ease the drastic inequity in dose distribution between rich and poor nations. And that, they said, would help fight a pandemic that has killed more than 4.25 million people worldwide.

"We cannot accept countries that have already used most of the global supply of vaccines using even more of it, while the world's most vulnerable people remain unprotected," said WHO chief Tedros Adhanom Ghebreyesus.
Washington swiftly shot down the proposal.

"We definitely feel that it's a false choice and we can do both," White House press secretary Jen Psaki told reporters, adding that the U.S. has donated more doses than any other country.

"Also in this country (we) have enough supply to ensure that every American has access to a vaccine," she added.

The WHO said the moratorium would help towards the goal of vaccinating at least 10 percent of every country's population by the end of September.

At least 4.27 billion doses have been administered globally so far, according to an AFP count.