Italy wins US case as it seeks to reclaim marble statue 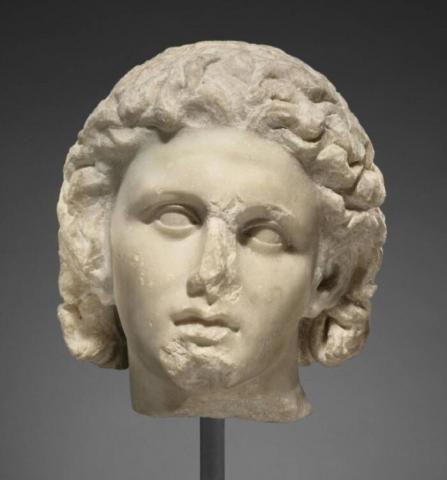 Italy has won a legal victory in its bid to reclaim an ancient marble statue it asserted was stolen after it turned up in the possession of a New York antiquities dealer.

A U.S. district court in New York on Monday threw out a suit seeking to lift Italy's immunity brought by the Safani Gallery, which paid $152,625 in 2017 for the sculpture depicting the head of Alexander the Great dating Augustan Age of 300 B.C.

The judge rebuffed several attempts by the gallery to argue that Italy's behavior had forfeited its protection under the Foreign Sovereign Immunities Act.

The case pits Italy's patrimony law, designed to protect its considerable cultural heritage, against Safani's claims of being a just and bona fide buyer of a statue that had long been on the art market.

The statue remains in the possession of the Manhattan district attorney's office, which seized it in February 2018 after an Italian cultural official spotted the gallery's listing and Italy claimed it had been stolen.

Italy's art squad, a section of the paramilitary carabinieri dedicated to protecting Italy's cultural heritage, declined to comment on the case. The Culture Ministry also did not respond to requests for comment.

Leila Amineddoleh, who represented Italy, said the ruling sends a strong message to auction houses and dealers who want to weaken sovereign countries' attempts to reclaim cultural patrimony that finds its way onto the art market.

She said it was the third case in recent years that involved dealers attempting to sue foreign governments for communicating about suspicious items. "All three have been dismissed," she said.

In its suit, the Safani Gallery claimed to have investigated the head's provenance, "and...