Let’s name some corners with old names of Istanbul: Expert 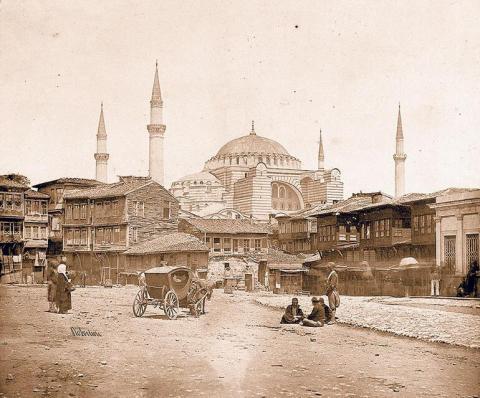 A prominent Turkish architect made a proposal to give the old names of Istanbul into some corners or regions of the metropolis to remind the inhabitants of the cultural and historical richness of the city.

"For ages, the city was named Lygos, Byzantion, Antoneinia, Nea Rome, Konstantinopolis and Konstantiniyye. Let's put these names in different places of Istanbul," Sinan Genim proposed in his column in the daily Milliyet on Aug. 8.

The history of the city dates back to the Ancient Stone Age, which started 2 million years ago and ended 12,000 years ago, he expressed.

"In Yarımburgaz Cave, some findings from the Ancient Stone Age and potteries from 5000-3000 B.C. in shores of Fikirtepe and Kurbağalıdere were found. People started settling on the two sides of Istanbul since the first century B.C.," he added.

The first known name of the city is Lygos, which was derived from the word "Lu" from the Luwi language, meaning "Light."

"To depict the beautiful sunrise at Golden Horn, people called the ancient peninsula 'Lygos,'" Genim noted, adding, "In years, the city was named after all the civilizations that took control of it."

Offering to put these names at some corners of the metropolis, he concluded his column by saying, "The people who live in the world's most unique city should know what kind of richness they have."