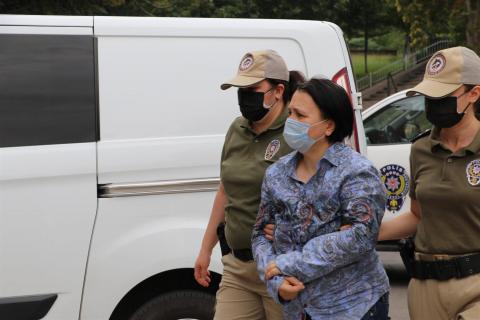 A 55-year-old woman was arrested after the police found 11 dead dogs in her garden in the capital of Ankara on Aug. 6.

Upon notifications of some "bad smell," the police came to an apartment belonging to Meral T. and found 11 dead dogs buried in the garden.

Calling herself an "animal activist," the woman denied any wrongdoing toward the dogs in a court hearing.

"I live in that apartment for 30 years. I have seven dogs and look after some street cats. I love animals; I did not torture any of them," she said in her testimony.

"I only buried my dogs who died. I do not know anything about the other dead dogs," she added.

Pleading unguilty, she asked the judge to be released.

The judge ordered the woman's arrest and asked the local authorities to seize and look after the dogs she was feeding in her apartment.