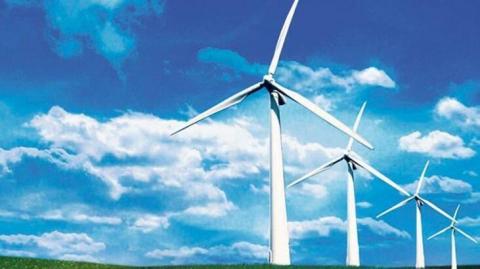 Turkey has prioritized the security of energy supply as one of the central pillars of its energy strategy, including efforts to boost investments in the clean energy sector.

Turkey has seen considerable diversification of its energy mix in the past decade, in particular through the growth of renewable electricity generation.

In the January to July period of this year, wind power met around 9 percent of total electricity generation, and it is estimated to replace $1 billion worth of natural gas imports.

Turkey's wind capacity and equipment production has grown to the extent that it now ranks as one of the 10 biggest markets globally.

Growth in this sector has already crowned Turkey as the fifth-biggest equipment producer in Europe last year. And this growth has seen Turkey expand its exports to 45 countries on six continents.

Of the 77 wind equipment producer companies in Turkey, 70 percent generate their revenues from equipment exports.

WindEurope, the association that advocates for wind...