Peak Perseid meteor shower to light up the sky tonight 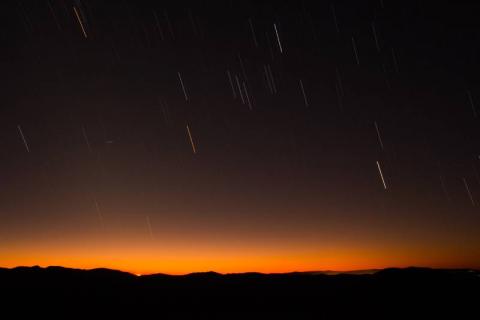 Ljubljana – The Perseid meteor shower will reach its peak tonight with meteors being most visible in areas without artificial lighting between 9pm and midnight or until the Moon overshadows them, the Cosmolab organisation has told the STA.

Andrej Guštin of Cosmolab, an organisation promoting astrophysics, explained that meteors or shooting stars become visible roughly somewhere about 90 kilometres above Earth. They shoot through the atmosphere at a speed of approximately 60km/s, creating a streak of light.

The Perseids are a result of the Swift-Tuttle comet, which left a stream of debris in its wake and is currently still circling the Sun. The meteor shower, named after the constellation Perseus, which appears to be their starting point, can be spotted in the night sky from 17 July to 24 August every year when the Earth travels through Swift-Tuttle’s orbit.

Meteor spotters or those who would like to make a wish on a shooting star are advised to lie down on the ground tonight to get in the best position to observe the upcoming meteor spectacle, said Guštin, noting that skywatchers are in for an additional treat since Jupiter and Saturn will also be visible as the night sky is expected to be clear.