130 bears culled this year in Slovenia 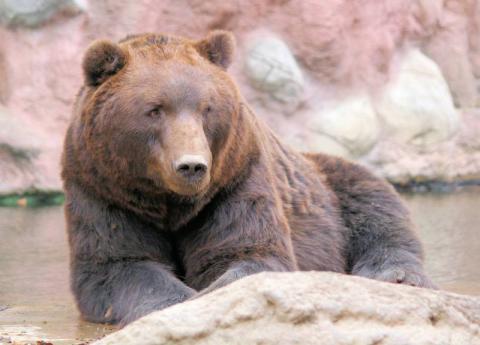 Ljubljana – As many as 130 brown bears were culled in Slovenia this year until 11 August, of which 121 were hunted on the basis of the Environment Agency’s permits and nine were found dead, the Environment Ministry told the STA on Friday, four days after a brown bear attacked a local while he was jogging near the town of Pivka, SW.

Monday’s attack was examined by Slovenia Forest Service experts, who established that the 30-year-old must have surprised the she-bear, which had no other way to escape than in his direction.

The bear attacked him, he fought back, which made the bear retreat but she returned and attacked again. The man sustained injuries on his head, neck and arms, and broke his wrist while fighting the bear. He was then taken to hospital, but his injuries were not life-threatening, the victim’s father told the press this week.

After inspecting the site of the attack, the Forest Service did not issue an opinion on culling, so the Environment Agency has not issued a culling permit.

The Environment Ministry said that the country’s brown bear population “is favourable with an improving trend”.

Brown bear can present a physical threat to people, but attacks are relatively rare. Forest Service data shows there are an average two attacks annually.

However, there are several “make believe” attacks when a bear chases a person only to scare them, but then stops, it does not attack, Peter Krma from Forest Service has told the newspaper Primorske Novice.

This week’s was the first reported bear attack on a human in Slovenia after May 2020, when a 56-year-old man stumbled upon a bear in the woods near Škofljica, just south of Ljubljana.

The post 130 bears culled this year in Slovenia appeared first on Slovenia Times.