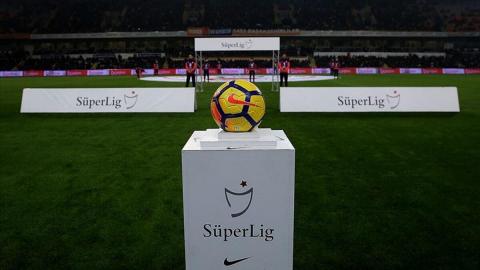 The title race in the Turkish Süper Lig starts on Aug. 13 under the pandemic shadow and a major change in rules on foreign players.

Defending champion Beşiktaş hosts Rizespor in Istanbul in the Süper Lig's first game, hoping to pick up from where it left off.

With a ticket to the Champions League group stage in hand, Beşiktaş banks on its fans' support for another successful season.

Club chairman Ahmet Nur Çebi has made a call to the fans to buy the team's jerseys.

"I know that you will support our team by wearing your jerseys in the stands while our players compete on the pitch in the Champions League, the Süper Lig and the Turkish Cup," he wrote in the club's official magazine.

"Wear our new season jerseys on the street, in the market, in the office, on the ferry, on the bus, and walk around proudly with your head held high," he said.

The third newcomer, İzmir club Altay, will play its first top flight game in 18 years against Kayserispor on Aug. 14.

In other games, Karagümrük will host Gaziantep, Hatayspor will play Kasımpaşa at home, Alanyaspor will visit Başakşehir, Göztepe travels to Antalyaspor, Sivasspor takes on Konyaspor at home and Trabzonspor starts the new season at Malatyaspor.