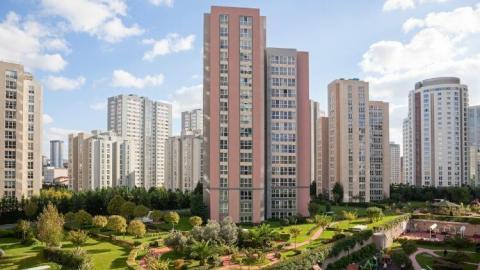 Istanbul had the highest share with 26,716 house sales, according to official figures announced by the Turkish Statistical Institute (TÜİK).

The capital Ankara and the Aegean province of Izmir followed Istanbul with 15,948 and 8,297 house sales, respectively.

A total of 200,550 houses were sold for the first time, while second-hand house sales totaled 460,045 units, TÜİK's figures showed.

Official data showed that residential property sales to foreigners amounted to 24,983 units in the seven-month period, up 46.9 percent from 17,003 in the same period last year.

Istanbul again led such sales with 12,059 houses, followed by the Mediterranean resort city of Antalya with 4,921 and Ankara with 1,588.

Among foreigners, Iraqis topped the list with 3,731 houses. They were followed by Iranians with 3,689 house sales and Russians with 2,124.