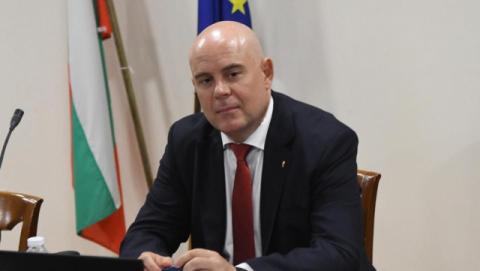 Members of Parliament adopted a decision by an absolute majority, according to which the Chief Prosecutor Ivan Geshev must submit a report on the investigation of the police violence. The report must be submitted to parliament by Friday, August 20th.

The report must cover the activities of the prosecutor's office and investigative bodies in law enforcement in connection with cases of police violence and use of additional means by officials against protesting citizens in the period July 1 - September 30, 2020, including the actions taken to designate persons who have exceeded their powers, as well as the reasons for the delay of the investigation.

"This is a central question of how the penal policy is applied in the country," announced the chairman of the DB group, Hristo Ivanov, from the rostrum. He recalled that the state had lost more than 50 cases to the European Court of Human Rights for police violence, which had turned into a system. He announced that this was the reason why Bulgaria was placed under another supervision, "another shame".

Hristo Ivanov stated that there is one way for Chief Prosecutor Ivan Geshev not to come to the National Assembly for a hearing - to resign.

In a statement, deputies condemned the acts of police violence during the protests in 2020. The resignations of the two interior ministers from the government of "Borisov 3" Mladen Marinov and Hristo Terziiski were also demanded.

Toshko Yordanov, chairman of the PG "There Is Such a People", said that today the Bulgarian...