Two Slovenians have left Kabul, one remains in Afghanistan 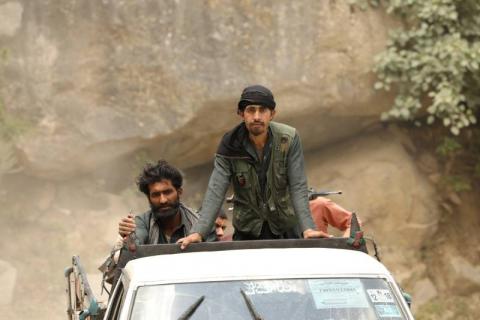 Ljubljana – Out of a total of three Slovenian citizens who were still in Afghanistan on Monday, two have embarked on a Qatar-bound plane from Kabul last night, while the third one has remained in Afghanistan, shows unofficial information available to the Slovenian Foreign Ministry.

The ministry explained on Tuesday that the Slovenian citizens had not turned to them for help and that their evacuation was being arranged by their employers.

News portal 24ur.com reports these Slovenians work for a private security company. They had managed to get to the airport on Monday and then waited in the green zone.

News portal N1 says the citizen staying in Afghanistan is in charge of security of the EU delegation and will stay there until he has arranged for evacuation of his co-workers.

A fourth Slovenian citizen had left the country earlier, whereas the Slovenian Armed Forces left Afghanistan as part of the allies’ withdrawal in May.

One of the Slovenians leaving these days has posted a video of his departure from Kabul on board a US plane on social media. The video shows several people sitting on the floor.

Many Afghan and foreign citizens are trying to leave Afghanistan after it was rapidly taken over by the Taliban and the Afghans who have worked for the Western allies fear retaliation. Several countries have been evacuating their own citizens and their Afghan aides.

Several Afghans who worked with the Slovenian army are turning to Slovenia for help. According to Defence Minister Matej Tonin, there are fewer than 20 of them and Slovenia is looking for ways to enable them safe passage from Afghanistan.

The post Two Slovenians have left Kabul, one remains in Afghanistan appeared first on Slovenia Times.