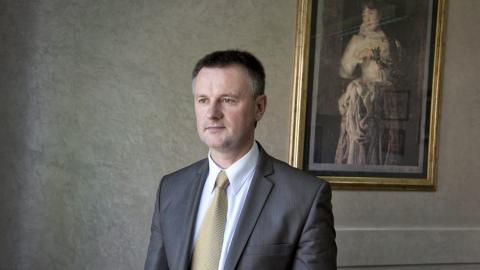 There are security risks especially for Dragan Kecman, the head of the police working group for solving the murder of Slavko Curuvija, and for some other people involved in solving murder cases about journalists, Matic said in a written statement.

"Since more intensive work began on shedding light on the Curuvija case, there have been various findings about the danger posed to members of the Working Groups or the members of the Commission for Investigating Murders of Journalists," he explained. "Certainly the most common target has been inspector Kecman," Matic added.

Curuvija, a prominent journalist and editor, was shot dead outside his home in Belgrade in April 1999 during the NATO bombing of Yugoslavia, allegedly because of his outspoken criticism of President Milosevic. The retrial in this case is still ongoing. On September 13, defence lawyers should start their closing arguments.

The original indictment did not identify who ordered the killing but only said Radomir Markovic, then head of Serbian State Security, abetted the crime, and three security service officers - Ratko Romic, Milan Radonjic and Miroslav Kurak - took part in the organisation and execution of the murder. Kurak was named the direct perpetrator, and Romic as his accomplice.

Markovic, Radonjic and Romic pleaded not guilty, while Kurak is on the run and is being tried in absentia.

When it came to who committed the murder, the first-instance verdict in the Curuvija trial in April 2019 diverged from the indictment by saying that the journalist was killed by an ...