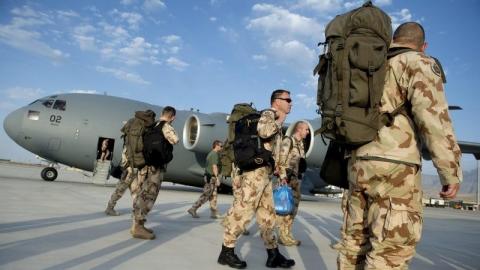 Populist President Milos Zeman told his favourite pro-Russian disinformation website Parlamentni listy that NATO's legitimacy has been called in question due to its failure in the Central Asian country. Claiming that NATO has left a void that will be filled by terrorism, Zeman also said Czechia should now focus its budget on national defence and no longer "waste money" on the alliance.

"The distrust towards NATO from a number of member countries will grow after this experience, because they will say: if you failed in Afghanistan, where is the guarantee that you won't fail in any other critical situation?" declared Zeman, who has over recent years sought to cement closer links with Moscow and Beijing.

While he has long insisted that he favours NATO and EU membership, Zeman has also offered support to political parties on the extreme right and left that openly campaign for Czechia to quit both pillars of the Western world. The president is also seeking to oust his country's spy chief, who has in recent years formed strong links with US security networks.

A keen supporter of former US president Donald Trump, Zeman clearly couldn't resist the temptation to note the calamitous result of President Joe Biden's withdrawal of US forces. Leaving Afghanistan is cowardice, he accused, adding that "the United States has lost its prestige as a world leader".

Zeman also predicted the Taliban would establish a terrorist centre from which attacks will be launched around the world. That means the Alliance is now failing in its primary mission, he continued, a reference to the claim of Europe's radical right that NATO's main purpose today is to fight terrorism and illegal migration rather than "barking at Russia and China", as Zeman termed it.