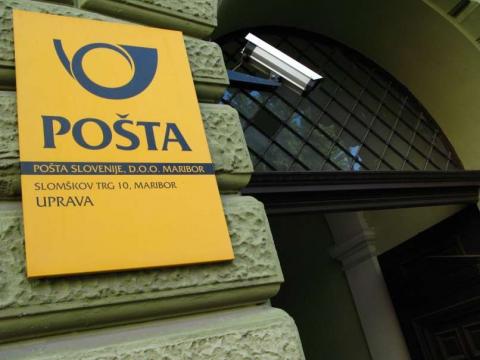 Ljubljana – The deputy group of the opposition Social Democrats (SD) will request a session of the parliamentary Commission for Public Finance Oversight to discuss management of national postal company Pošta Slovenije. The announcement comes a day after news broke that two management board members and two supervisors had resigned.

The government is using all leverage to drain the company, Milan Cvikl, the SD’s finance council head, said on Friday. “It is the opposition’s view that the SDS and Janez Janša’s [business] model is repeating at Pošta Slovenije.”

Cvikl recalled 2008 when Pošta Slovenije got entangled in a scandal with freesheets, pro-government newspapers which it was distributing practically for free.

At the same time, logistics company Intereuropa, now in Pošta Slovenije’s ownership, was drained under the first Janša government, while the two companies now make up one of the largest business systems and the government is using all leverages to drain it, he added.

Andrej Rihter and Vinko Filipič resigned from the three-member management board on Wednesday, effective on 5 and 15 September, respectively, with supervisors Franci Mihelič and Aleš Buležan also stepping down.

The resignations come after Tomaž Kokot took over as interim director general on 1 April after long-serving Boris Novak resigned on 30 March by mutual agreement with the new supervisory board, which was reshuffled by the Slovenian Sovereign Holding (SSH) in mid February.

The newspaper Delo reported yesterday that director general Kokot, who is affiliated with the ruling Democrats (SDS), is not qualified for the job and that information of irregularities under his leadership was leaking from the company.

It also said that supervisors Mihelič, affiliated with the coalition New Slovenia (NSi), and Buležan, who belongs to the Pensioners’ Party (DeSUS), resigned to avoid parliamentary scrutiny.