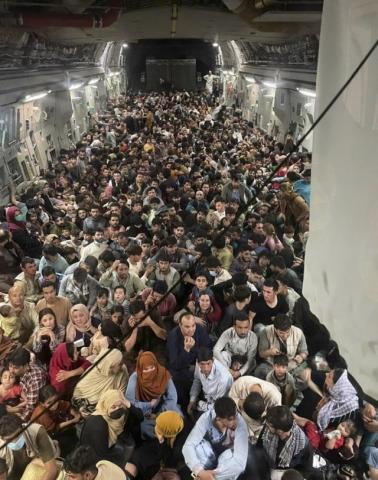 There were at least 823 people on board.
This number is higher than the previous estimate, according to which 640 people were evacuated on that particular flight.
"It was about the lives of women and children and all people. It's not about capacities or rules and regulations. It's about training and guidelines that we followed to make sure we could get so many people out safely," said Lieutenant Colonel Eric Kut, who eventually approved the crowded flight.

Dozens of Afghans jumped through the half-open ramp and thus fled from the Taliban.
"The evacuees were definitely eager to get out of the area, and we were happy to get them on the plane. And they were definitely excited when we were in the air," Technical Sergeant Justin Triola, one of the plane's crew members, said.
"Everyone was very thrilled that they actually left," he said.

The government withdrew the Law on Expropriation from the Assembly