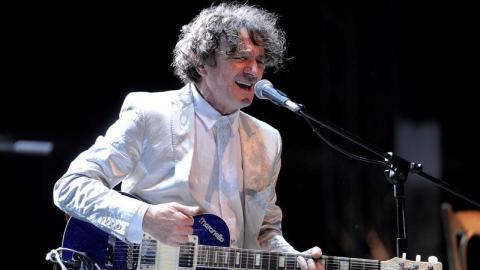 Police said on Monday that they have arrested a 21-year-old man for setting off tear gas at a concert by Bosnian-born musician Goran Bregovic and his band at a festival in the city of Korca which had been opposed by Albanian nationalists over his alleged role in the Kosovo conflict.

It added that Leka was immediately caught by police and that the incident did not interrupt the concert on Sunday evening. Another man was also arrested for resisting the police, the statement said.

Video footage posted on YouTube showed people wiping their eyes, covering their faces and trying to get away from the gas.

The incident happened after protests calling for Bregovic to be banned from playing in Albania. Nationalist protesters claimed that one of his songs, 'Kalashnikov', inspired massacres by Serbian forces during the Kosovo war, although no evidence was provided to support this allegation.

Musicians from Kosovo who were supposed to participate in the festival in Korca withdrew and also asked the local government to cancel Bregovic's performance.

The Vetevendosje Movement in Albania, a domestic branch of the nationalist ruling party in neighbouring Kosovo, has denied that it was responsible for the tear gas incident even though it had opposed the Bregovic concert.

"Our stance about this concert and the singer in question were made public at the action with banners organised in Korca on August 19, 2021," the party said on Monday.

Last week, Vetevendosje Movement activists hung a banner with the slogan "Bregovic, tambour [drum] of genocide" in the main square in...