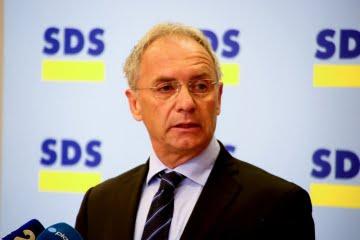 Hojs highlighted the need for comprehensive migration management which aims to eliminate the root causes of migration and forced displacement and fight migrant smuggling and human trafficking.

The minister raised concern over the situation on the EU’s external border with Belarus.

He condemned Belarus’s attempts to use people for political purposes, summing up the response by EU home affairs ministers from a ministerial last week to highlight expressions of solidarity with EU member states that have been most afflicted by the developments.

Hojs thinks that the UNHCR plays a very important part in the current situation regarding migrations worldwide and in the region as the UN agency boosts national efforts to provide appropriate care for and handling of migrants and asylums seekers.

“I hope effective cooperation will continue and wish migration management would be upgraded further and conditions for asylum seekers, refugees and illegal migrants improved,” he said according to the ministry.

During the virtual meeting, Hojs also exchanged information about the key current issues in the Slovenian EU presidency’s programme.