Two congressmen made a mess when they suddenly landed in Kabul, making army furious 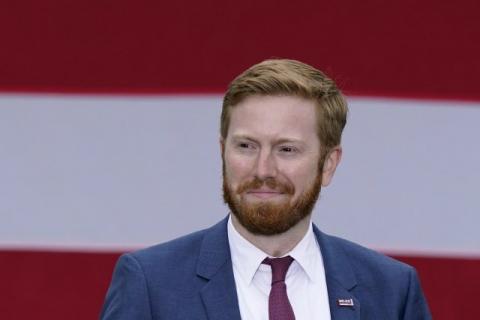 Iraqi war veteran and congressman of the Democrats from Massachusetts, Seth Moulton, and the Republican from Michigan, also a military veteran Peter Meijer, landed on a charter flight on Tuesday and spent several hours at the airport in Kabul, AP reports.
Their unannounced arrival provoked a protest from officials, but the congressmen stated in a joint statement that with their arrival, they did not engage resources that would additionally burden the affairs related to the evacuation from Kabul.
"As members of Congress, we have a duty to oversee the executive branch. We conducted this visit in secret to reduce the risk and disruption to people on the ground, and because we were there to gather information," the U.S. congressmen said in a statement.
They also said that they went to visit with the desire to further push President Joseph Biden to extend the evacuation deadline after August 31, and after talks with commanders on the ground and reviewing the situation, they concluded that it is not possible to get all Americans out on time, not even until 9/11.
Two officials familiar with the flight confirmed that State Department, Ministry of Defense and White House officials were furious about the incident because it was done without coordination with diplomats or military commanders who led the evacuation.
The U.S. military learned of the visit after the congressman's plane was already in Kabul, according to officials. It is seen as obstructing troops and commanders at the airport who are racing against time to evacuate thousands of Americans and vulnerable Afghans.
The Pentagon has repeatedly expressed concern over security threats in Kabul, which also come from the terrorist organization Islamic State, and when members of...