Japan Suspends Use of 1.63 Million Jabs of Moderna Vaccine over Safety Concerns 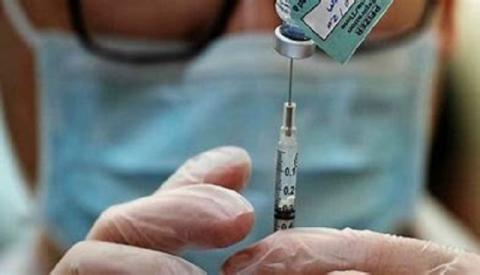 Japan announced it had suspended the use of some 1.63 million Covid-19 Moderna jabs after the domestic distributor received reports of contaminants inside the doses. Both country's officials and representatives of the pharmaceutical company said that no safety or efficacy issues had been identified but still the suspension was just a precaution, Reuters elaborated. But the action provoked several Japanese firms to halt employee vaccinations.

"Moderna confirms having been notified of cases of particulate matter being seen in drug product vials of its Covid-19 vaccine," Moderna said in a statement. "The company is investigating the reports and remains committed to working expeditiously with its partner, Takeda, and regulators to address this," it added, referring to Japan's Takeda Pharmaceutical.

Japanese Health Ministry official said Takeda first found out about the contaminated shots on 16 August and reported the issue to the government this week. The delay was because Takeda needed time to gather information on which vials were affected and where they were in the country, the official said.

Moderna said the contamination could be due to a manufacturing issue in one of the production lines at its contract manufacturing site in Spain. The suspension is a setback for the company, whose partners had production delays last month that disrupted supplies. It was not immediately clear whether the issue impacted supplies to other countries. Both Moderna and Spain's Rovi, which bottles or "fills and finishes" Moderna vaccines for markets other than the US, did not immediately comment.

Japan is battling is worst wave of infections, driven by the Delta variant, with new daily infections exceeding 25,000 for the first time this month. It has...