Kosovo Serbs Furious About Jailing of MP for ‘Ethnic Hatred’ 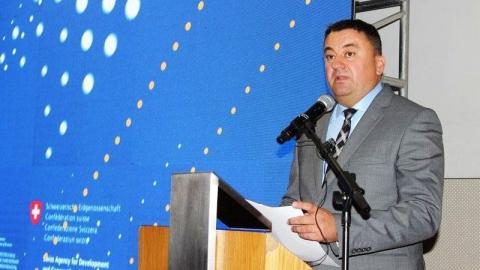 The Serb judges argued that the so-called Brussels Agreement on normalisation of relations, signed by Serbia and Kosovo, was violated at Todosijevic's trial. They argued that in cases that involve ethnic Serb defendants, the trial panel should consist of two Serb judges and an ethnic Albanian, but that this did not happen in the case of Todosijevic.

Mayors of four Serb-majority municipalities in Kosovo backed the judges' strike, saying it was "a clear message to Pristina that it is unacceptable to violate the Brussels agreement on justice to the detriment of the Serb people".

Todosijevic's conviction means that he will have to step down as an MP. His party, the Belgrade-backed Srpska Lista, called the verdict "politically motivated" and "anti-Serb".

Vucic claimed that Todosijevic was sentenced to two years in prison "just because he told the truth - the truth about Racak, the truth about everything that has happened to the Serbian people".

Todosijevic made his statement about the Racak/Recak massacre at a ceremony to mark the anniversary of the NATO bombing of Yugoslavia, which was aimed at making Serbian leader Slobodan Milosevic end his military campaign against ethnic Albanians in Kosovo.

The Racak/Recak massacre was one of the incidents that helped to spark NATO's intervention.