Milanovic: I will not back down, I am asking Serbia... 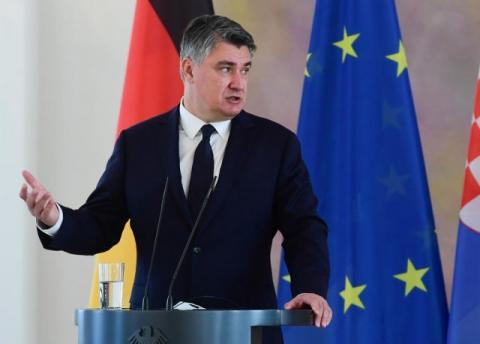 "I don't intend to back down on that. We can't ask for war compensation from Serbia, but there are human souls, not bodies. They have that information and they will have to give it to us. We need to focus on the essentials, and those are missing persons. The team in Belgrade can give us the requested information if they want", Milanovic said in Kijevo, a place in Sibenik-Knin County.
Asked to comment on the arrival of Tony Blair in Zagreb, who, as it is stated, also advises Serbian President Aleksandar Vui, Milanovi said that he met with the former head of the British government yesterday.
"He (Mr. Blair) is one of the greatest politicians in the last 30 years. Some resent him, his view on immigration policy is still the same, that's why Brexit happened... I wouldn't want to sound rude, but I don't think Croatia needs that kind of relationship anymore, as Serbia and Albania do. But I don't decide on that and I don't know the details", Milanovic said, as reported by Zagreb's Jutarnji list.