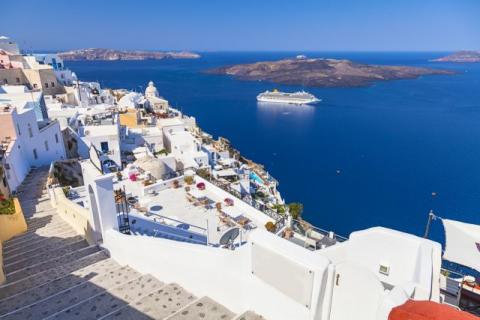 With bookings until mid-September showing particular momentum in almost all of the major popular tourist destinations, Greece is very close to winning this year's "bet": To achieve, that is, the goal of 50% of tourism revenue compared to 2019 arrivals, which was an all time record year!

The tourism "boom" in July and August in combination with the double-digit GDP growth in the second quarter of the year after the end of quarantine create reasonable expectations that in 2021 the Greek economy will achieve a strong recovery rate, despite the shock caused by catastrophic fires and the enormous damage caused to the environment and the economy of Northern Evia.

In the same quarter, GDP growth amounted to 2%, compared to the first quarter of 2021 as the economy was already showing signs of recovery (ELSTAT data will be announced in early September before the Thessaloniki International Fair.)

The tourist traffic on the islands and in the popular destinations is something more than expected. The occupancy of the hotel units from 22 to 31 August is estimated to be maintained at an average of 80%. Thus, Crete, Rhodes, Kos, Corfu, Cephalonia, Lefkada and Halkidiki, but also islands of the Cyclades and the Sporades, are preparing to enter September dynamically.

Tourist factors typically report that by August 22, most units are fully booked by foreign and Greek tourists, while by the end of the month the occupancy is stabilizing at around 80%. They also note that "in the last few days...