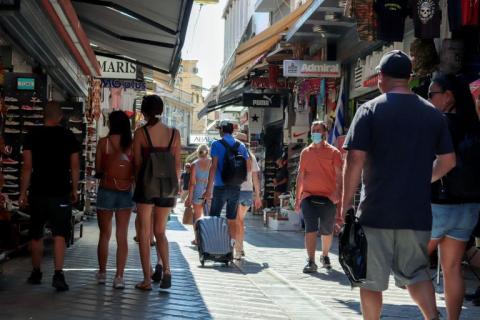 International and domestic analysts see positive signs for the course of the Greek economy in 2021, but also in 2022, guided by both the resilience of GDP in the previous quarters, the best of the expected tourism July - August and of course the disbursements of the Recovery Fund.

The government is already running the first 12 projects and the general planning after the collection of the advance (4 billion euros) so as to receive the first installment in November (7.8 billion euros total for 2021). But economists are sounding the alarm and talking about increased uncertainty with the Delta mutation as the main source, but the geopolitical developments that could lead to a refugee crisis affecting the whole of Europe.

Exclusive forecasts from analysts at Fitch and Bank Of America

We recently revised our forecasts for economic growth this year from 3.0% to 4.3%. We did this for two reasons:

First, the Greek economy has shown a degree of resilience in the last three months of 2020, showing positive growth despite health constraints, which means that the effect of carry over from 2020 will be higher.

Second, GDP in the first quarter of this year was stronger than expected. We do not yet have data for the second quarter, but data on industrial production and retail sales show an upward trend. Our forecast assumes that European funds will start this year, further strengthening the growth prospects. The grants included in the government recovery plan amount to about 10% of 2019 GDP and we assume, according to government plans, that 43% of this will be spent in 2021-23, while the rest will be in the coming years. We expect the economy will recover...