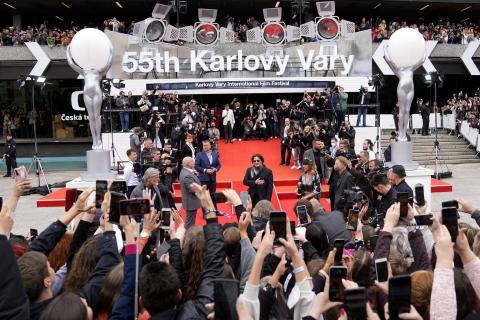 "As Far As I Can Walk," a film by Serbian director Stefan Arsenjevic, won the Crystal Globe award at the Karlovy Vary Film Festival in the Czech Republic ending late on Aug. 28, organizers said.

The film co-produced by Serbia, France, Luxembourg, Bulgaria and Lithuania tells the story of two African migrants in Serbia.

English actor Michael Caine received the Crystal Globe for his outstanding contribution to world cinema at the beginning of the festival, the most influential in Central and Eastern Europe.

American actor Ethan Hawke and Czech director Jan Sverak, known for his Oscar-winning film 'Kolya' from 1996, also received a prize for their contribution to cinema.

American actor Johnny Depp was another special guest at the festival held on August 20-28.

The festival was cancelled last year because of the COVID-19 pandemic.