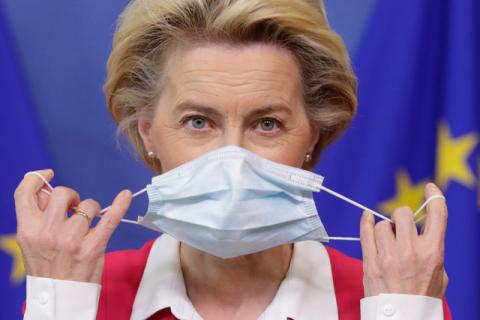 The EU has achieved its goal of fully vaccinating 70 percent of its population against COVID-19, European Commission President Ursula von der Leyen announced on Tuesday. "I want to thank everyone who made it possible to achieve this great thing," she said.

"But the pandemic is not over. We need more. I call on everyone who can to be vaccinated," Von der Layen said.

At the beginning of the year, the EU set a target for 70 percent of its population over the age of 18 to be completely vaccinated by the end of the summer. This goal was met ahead of schedule.

The data on the website of the European Center for Disease Prevention and Control (ECDC) is as of August 22 and show that 75.1% of the population of the European Union and the European Economic Area (plus Norway, Iceland, and Liechtenstein) have been vaccinated with at least one dose and 64.9 percent were fully vaccinated. Ten days later, Von der Layen announced that this share was now 70%.

Bulgaria remains last on these indicators with nearly 20 percent fully vaccinated. In Romania, more than 30% are immunized, in Latvia more than 45%, and in all other countries more than half of the population.

In Malta, they are over 90 percent, in Iceland, Ireland, Denmark, and Belgium - about and over 85 percent.
/SvobodnaEvropa