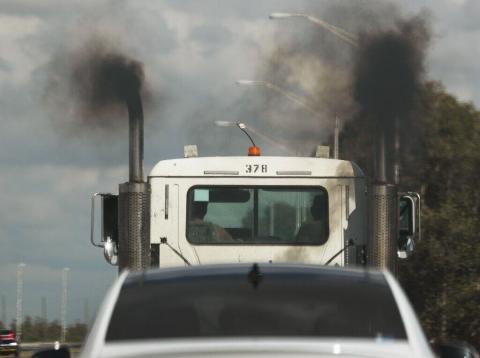 The use of leaded petrol has been eradicated from the globe, a milestone that will prevent more than 1.2 million premature deaths and save world economies over $2.4 trillion annually, the U.N. Environment Programme (UNEP) said on Aug. 30.

Nearly a century after doctors first issued warnings about the toxic effects of leaded petrol, Algeria - the last country to use the fuel - exhausted its supplies last month, UNEP said, calling the news a landmark win in the fight for cleaner air.

"The successful enforcement of the ban on leaded petrol is a huge milestone for global health and our environment," said Inger Andersen, executive director of UNEP, which is headquartered in Nairobi.

Even as recently as two decades ago, more than 100 countries around the world were still using leaded petrol, despite studies linking it to premature deaths, poor health and soil and air pollution.

Concerns were raised as early as 1924, when dozens of workers were hospitalized and five declared dead after suffering convulsions at a refinery run by US giant Standard Oil, nicknamed the "looney gas building" by staff.
Nevertheless, until the 1970s almost all the gasoline sold across the globe contained lead.

When UNEP launched its campaign in 2002, many major economic powers had already stopped using the fuel, including the United States, China and India. But the situation in lower-income nations remained dire.

By 2016, after North Korea, Myanmar and Afghanistan stopped selling leaded petrol, only a handful of countries were still operating service stations providing the fuel, with Algeria finally following Iraq and Yemen in ending its reliance on the pollutant.

UNEP said in a statement that the eradication of...