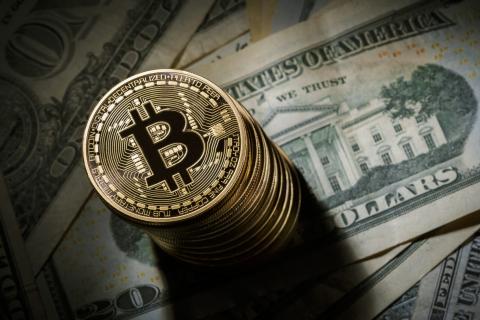 Ljubljana – Only a day after putting out a proposal on taxation of trading in cryptocurrencies, the Financial Administration (FURS) said it will amend the proposal amid a strong response from stakeholders to give taxpayers the option to chose between paying tax either on the profits they make or as a percentage of the cryptocurrency they cash in.

FURS initially proposed imposing a 10% tax rate on the amount of cryptocurrency turned into non-virtual currency or spent on goods or services, a proposal that FURS today said met with “extensive response from the interested public”.

Having looked into the reactions, FURS now plans to change its proposal so that the taxpayers – individuals who are Slovenian tax residents – can either opt for the 10% tax rate on the amount of the cryptocurrency cashed in or, alternatively, pay a 25% tax on the profit they make.

The tax authority emphasized that the proposal applies only to physical persons who are Slovenian tax residents and not to legal entities.

Under the amended proposal, amounts of up to EUR 15,000 during one calendar year will not have to be reported and will not be taxed.

Given the immense development in virtual currencies in recent years, FURS said the bill sought to respond to the trend at least to some extent and simplify things. It said Slovenia wanted to be the first European country to take such and approach.

FURS offered a calculation demonstrating how two modes of taxation would function in practice. If an individual bought one Bitcoin in 2018 at the price of EUR 3,000 and cashed it in today for EUR 40,000 they would either pay EUR 4,000 tax on the amount sold or a EUR 9,250 capital gains tax.

Commenting on the original proposal in Tuesday’s commentary newspaper Finance has calculated that it would mean that if you buy EUR 1,000 worth of Bitcoins and later sell them for EUR 1,100, your profit would be EUR 100 while the tax would be 110 euros.

Under current legislation taxable income from virtual currencies depends on the circumstances of each individual case but as a rule physical persons need too pay capital gains tax from selling cryptocurrencies when they make the income as business.