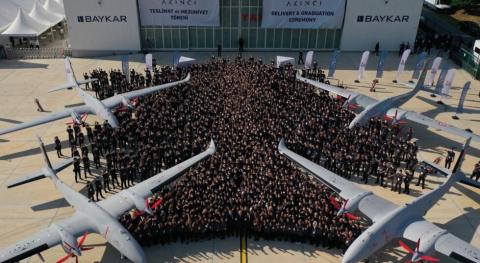 "We reached an agreement on the purchase of the Bayraktar UAV," he added.

Noting that Turkey's Bayraktar drones are very advanced and have achieved great success, Inad said they "will be useful" in the fight against ISIL.

Turkey has become a major importer of drones in recent years.

Speaking at a ceremony for the occasion, President Recep Tayyip Erdoğan said Turkey 'has become one of the three most advanced countries in the world in this technology."

Stressing that all the drones produced by Turkish defense companies are in high demand worldwide, he said new export agreements were signed with more than 10 countries, including NATO member Poland.

Several countries are waiting in line to buy Turkish drones, he said. "It is important that our national technologies contribute to the security of allied countries, but we make our decisions according to our own strategic priorities," he added.

Baykar Makina CTO Selçuk Bayraktar told reporters after the ceremony that with the experience they gained,...