Opposition may have single or multiple presidential candidates: CHP leader 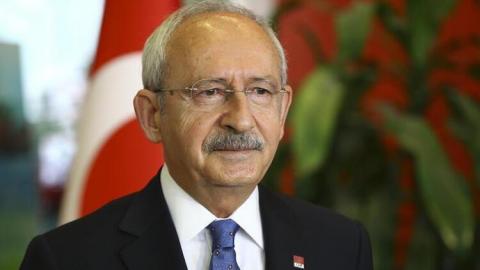 The opposition block, dubbed the Nation Alliance, will decide altogether how to run in the next presidential elections, the main opposition leader has said, informing that they can either agree on a single name or multiple nominees for the post of the head of the nation.

"Our candidate will be chosen by the Nation Alliance. We will come together and discuss our principles. Then we will say, 'This is our candidate,' or we may have more than one candidate. But it's still early to discuss this," Kemal Kılıçdaroğlu, the leader of the Republican People's Party (CHP), told in a televised interview on Sept. 1.

The Nation Alliance, comprised of the CHP, the İYİ (Good) Party, the Felicity Party (SP) and the Democrat Party (DP) won Istanbul and Ankara municipalities in 2019 after they joined their forces and nominated a single candidate.

Although they continue their alliance, they have not yet discussed the strategies they would pursue in the next elections.

On a question about the migrants, Kılıçdaroğlu said he was not angry and against those who flee their countries and come to Turkey but to those politicians who bring them here.

"I will send them back to their country," when the opposition comes to power, Kılıçdaroğlu stated.