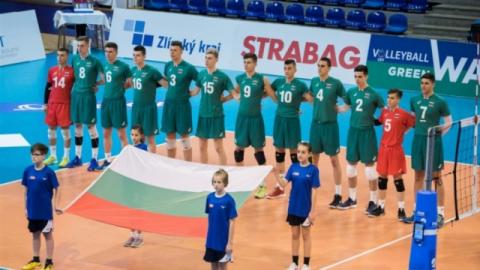 Bulgaria and Russia played a final before the final of the World Volleyball Championship for youth under 19 in the capital of Iran - Tehran.

The Bulgarian team won by 3:2 sets and is now waiting for its opponent in the grand final of the match between Iran and Poland.

The match started nightmarish for the little lions. In the first set, almost none of the Bulgarians' strongest weapons worked. The Russian volleyball players were incomprehensible for their opponents' attempts at blockade, and the services did not enter. This logically led to a crushing result in favor of Sbornaya 25:14 in the first set.

After only a minute's break, Martin Stoev's boys came out transformed on the field. The little lions quickly gained a difference of 6 points lead, but Russia gradually equalized and even came out with a point ahead for 17:16. At that moment, instead of collapsing, the Bulgarians did not play like lions, but like real ferocious lions. In the end, Alex Nikolov and company took the shocked Russians with 25:21 in the second set.

The confident game of the Bulgarian youth continued at the beginning of the third game. They took the lead with 9:6, again due to a strong game of blockade. The difference was 11:7, and the coach of Sbornaya was forced to request a break. And that didn't help. The Russian volleyball players were taken off the rails and mixed easy balls - 12:7 and 13:7 for the Bulgarian youths. The good game of Martin Stoev's team continued - another blockade and 16:10. At that moment, the Russians no longer knew where they were or what was happening to them. The result swelled to 18:10. After that 20:12. At the end of the game, the Russian volleyball players started playing better and the difference began to slowly and...