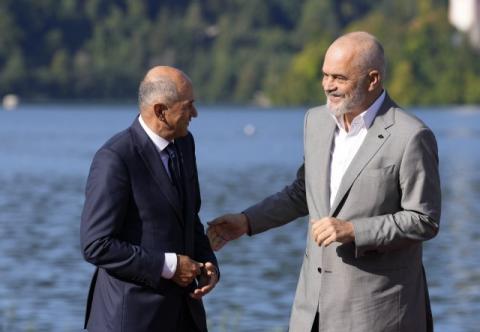 Participating in the Bled Strategic Forum, Albanian Prime Minister also criticized EU institutions for delays in enlargement.
"There is no future for Europe without the Western Balkans within the EU. If the EU continues like this, of course it will not be good for us, but it will be even worse for the EU," Rama said, as reported by the Kosovo Press.
He received applause from those present when he said that the inhabitants of the Western Balkan countries are smiling even when they are suffering, while in the EU they are not able to do the same.
"First, let me try to make you laugh in this gloomy atmosphere. There is something in the Balkans that we have to keep, to laugh even when we suffer, which in EU members, such as Germany, they are not able to do," he added.
At the same forum, Rama called on Bulgarian President Rumen Radev to overcome problems with North Macedonia.