"Serbian brothers, don't do this to yourself" 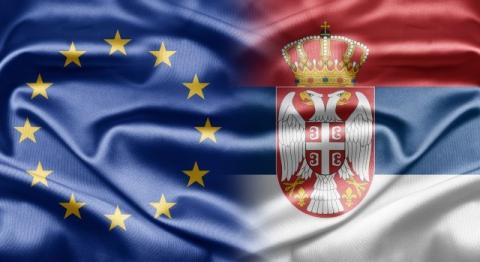 Serbia has always been genuine, and sometimes even the only friend and ally of Czechoslovakia, said a member of the Czech party Freedom and Direct Democracy, Deputy Chairman of the Czech Parliament's Foreign Affairs Committee and former diplomat Jiri Kobza, talking about Serbia's possible EU accesion.
"Czech and Serbian partisans" fought against Nazism and that is why I have a special relationship with that country", Kobza told Sputnik.
"EU membership is no longer an advantage, on the contrary, I see it as strengthening slavery before corporations, banks and the Brussels bureaucracy. The fact is that EU membership could bring Serbia several useful things. However, the EU corporations will benefit the most from that as they will be granted access to another country and its resources and markets. I believe that the loss of major independence is a fundamental flaw of EU membership, followed by the EU's Green Deal, the EU's migration policy, the so-called Recovery Fund and other accidents. I hope there will be a chance to explain this to our Serb brothers.
I think that the more interesting way is to go through an agreement and consent, I do not mean the Lisbon Treaty or other EU traps that are based on mutual benefit. Manage things according to your own laws, with your own currency and your own migration, agricultural and defense policies.
"Don't come to the position of Poland and Hungary so that you can live without the censorship of the European Commissioner Vra Jourov, and without the dictates of the LGBT lobby," he said.
"The growing gap between the liberal or rather ultra-left Western Europe and the conservative-democratic Central and Eastern Europe is a sufficient reason for restraint. Should Serbia's membership in the EU be a...