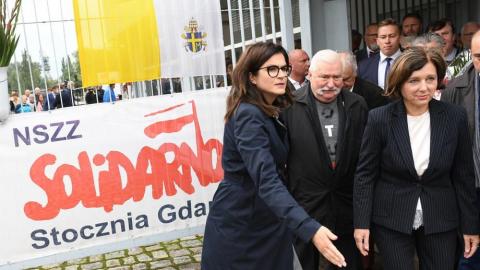 The real world consequences of this dispute could be seen on Wednesday, when European Commissioner for Economy Paolo Gentiloni for the first time stated officially that delays in negotiations over the Polish national spending plan for the EU Recovery Fund are being caused, in part, by Poland's problems with the rule of law.

Gentiloni, speaking to members of the European Parliament, said: "It is out of the question that the attitude of the Commission when it comes to the Polish Recovery and Resilience Plan is an attitude of cooperation.

Gentiloni said that discussions with Warsaw were continuing but "we are not yet there", and that the difficulties were down to, among other things, this issue over the supremacy of EU law.

The commissioner was referring to Prime Minister Morawiecki's request to the Polish Constitutional Tribunal to rule on whether EU law had supremacy over the Polish constitution. The country's highest court was supposed to rule on the matter this week, but postponed the decision following a motion, filed by the new Polish ombudsman Marcin Wiacek, to exclude one of the judges for being too close to PiS.

With parliamentary elections just a month away, Czech Prime Minister Andrej Babis continues to be irked by reminders of his dubious use of EU funding, as well as his conflicts of interest that have embroiled members of his family.

Institutions home and abroad reminded voters this week that Czechia could lose billions in subsidies unless the premier stops sending this cash to Agrofert, the agrochemicals...