Greece is a “magnet” for 5 star hotels 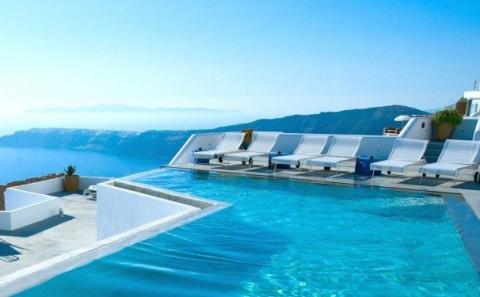 Following the mass "arrivals" of new units in 2019, plans for new hotels in Athens and the rest of the peripheral units of the country, have not been abandoned. International luxury hotel chains such as Mandarin Oriental, Rosewood Hotels & Resorts, Edition Hotels, 1 Hotels and Rocco Forte, are some of the well-known international luxury brands, which currently have their eyes on Greece.

Their goal is to gain a presence for the first time, either in the much-discussed Athenian Riviera, through the grand project of Elliniko, or in Greek tourism "champion" destinations, such as Mykonos, Crete and Santorini. In the last, just yesterday, the luxurious Radisson Blu Zaffron Resort opened in Kamari, Santorini, while from the spring of 2022, Hilton is expected to make its appearance, after the signing of the franchise cooperation with the company Alexandros Ltd for the creation of Sea Breeze Santorini Beach Resort, Curio Collection by Hilton.

The ratio goes up

According to hotel sources, Greece is behind in the field of luxury tourism compared to other Mediterranean destinations and much more in "branded" presences. This is exactly what the big foreign chains that make contacts for their placement in the destinations of the so-called "first line" are rushing to use. According to the same sources, out of the total of 10,052 hotel units that Greece had at the end of 2020, only 651 are classified in the 5 star category.

However, the ratio rises if the number of rooms is taken into account precisely because of the larger size of the units in the higher categories. Specifically, about 1 in 5 rooms, ie 93,687 rooms out of a total of 438,294 nationwide, corresponded at the end of last year to a 5-star hotel unit throughout Greece. This number is...