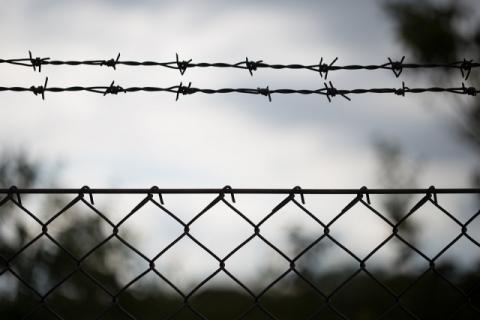 Lithuanian border guards stopped more than 2,000 illegal Asian and African migrants coming from Belarus over the month of tough measures in force in the Baltic nation to prevent breaches of its territory,

"Over the past month since the government decided on an enhanced border protection policy, over 2,000 illegal migrants have been pushed back to Belarus," the statement says.

"The border which is also EU border continues to be protected in an enhanced manner," it said.

As the Lithuanian Border Guard Service said, its personnel are not using any weapons, special means or physical violence in sending back illegal migrants to the Belarusian border.

At the end of July, 216 illegal migrants were detained in Lithuania, the largest daily amount since the beginning of the year. With the tough measures in force, the migrant inflow has begun to weaken. On August 22 border guards expelled only two illegal migrants, the lowest figure in August.

Overall, over 4,000 illegal migrants have been detained on the Lithuanian-Belarusian border since the beginning of the year or 50 times more compared to all of 2020.

Vilnius believes that the migration crisis has been triggered by Minsk and brands it a hybrid attack on Lithuania. Poland also made similar claims and there are many who say that Belarus are using illegal immigrants as weapon in response to EU sanctions.

Belarusian President Alexander Lukashenko said in late May that his country had been a barrier to illegal migration into Europe, but warned that Minsk might re-examine its policy given the West's stepped-up political pressure.