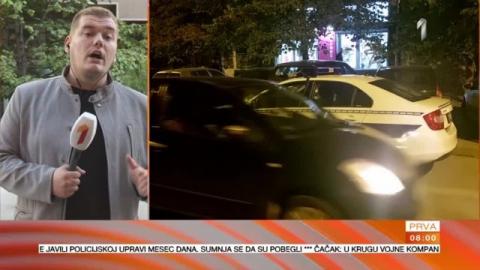 As reported by the reporter of TV Prva, who talked to the locals, the citizens heard gunfire that reminded of the firing from automatic weapons, the so-called Uzi.
During the attack, U. S. (26), who was the bodyguard of G. K., who was previously known to the police, was killed.
Residents of the Detelinara settlement said that they saw a jeep entering the yard and then a firefight began.
According to the latest information, the wounded man is recovering and is stable. After the shooting, a car was found on the road to Rumenka, and the search for the attackers is in progress.
The investigation will show what was the motive for this attack. According to a TV Prva reporter, a large number of children were nearby during the shooting.
Some media reported that Uro S. is actually an MMA fighter.

Vulin had a meeting with police representatives in Novi Sad