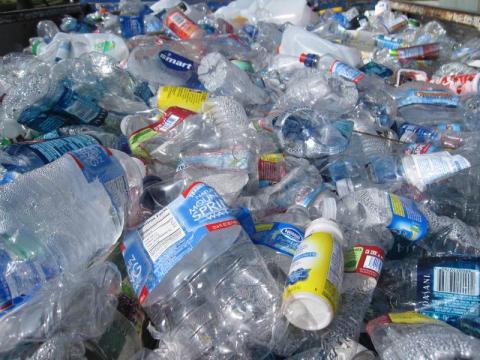 Ljubljana, 4 September – Most single-use plastic products bar a few exceptions are banned as of today under a recently adopted government regulation. The new rules also set down the labelling of certain single-use plastic items and their packaging to inform consumers about ways to recycle them.

Products to be banned under the regulation, endorsed more than a fortnight ago and transposing to a certain extent the relevant EU directive, include plastic cutlery, plates and straws as well as ear swabs, except for those used as medical equipment.

Also banned are plastic stir sticks and balloon sticks with the exception of those intended for industrial use.

It is no longer permitted to use expanded polystyrene food and beverage containers and items made of oxo-degradable plastics.

In a bid to raise awareness about recycling, the regulation also prescribes labelling of some single-use plastic products and their packaging.

The items that should be labelled include pads, tampons and applicators, wet wipes, tobacco products with filters, filters marketed in combination with tobacco products, and beverage cups.

Fines for non-compliance will range up to EUR 15,000 for legal entities, up to EUR 5,000 for sole proprietors and up to EUR 3,000 for the executive or proprietor in charge.

Almost ten European countries have so far banned single-use plastics to curb plastic waste, having partially or completely transposed the directive, including Slovenia, Germany and Croatia, among others, according to the web portal Balkan Green Energy News.

Ireland, France, Greece, Sweden and Estonia have gone even further by expanding the EU’s list of banned plastic products or introducing additional measures to reduce single-use plastics, shows a report by the Rethink Plastic Alliance.

Slovenia is among those that have only partially transposed the directive into national law with its level of ambition remaining average, warns the network of European environmental NGOs.

The Slovenian Environment Ministry recently said that the country’s new regulation had only transposed part of the EU directive as the EU had been behind in adopting relevant guidelines. The deadline for the transposition was 3 July.