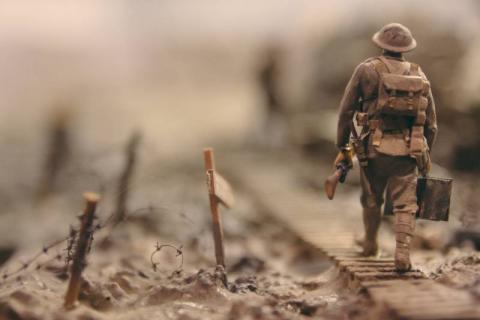 Portorož – Ex-internees and political prisoners from Nazi and Fascist camps as well as stolen children and exiles gathered for their 60th annual get-together in Portorož on Sunday. The closing ceremony was held under the auspices of President Borut Pahor, who honoured one of the main organisers with a special recognition.

Its main message was that all victims of WWII violence contributed to Slovenia “so that it can now be called homeland with pride”.

The ceremony was thus based on the role everyone who joined the WWII resistance movement played to preserve Slovenian culture and the language.

The annual event has developed from a meeting of a handful of girls who had been sent to the Ravensbrück and Auschwitz camps, turning into an anti-war manifestation of many victims of WWII violence.

The event remembers an estimated 63,000 Slovenians who were sent to German and Italian extermination and forced labour camps, including 12,100 who died in gas chambers.

This year it was organised by ZZB NOB Slovenije – Slovenia’s WWII veteran organisation; the coordination committee of victims of war violence; and by the Ravensbrück camp committee.

President Pahor took the opportunity to give a special recognition to the Ravensbrück camp committee and its chairman Matjaž Špat, thanking them for cherishing the memory of personal experiences of the survivors and for highlighting the need for ongoing efforts towards peace, tolerance and solidarity.

Špat in turn thanked the president for the recognition and for his years-long support, saying he was happy to promote the cause so that future generations would never have to endure such hardships, Pahor’s office said in a written statement.

In his address to the ceremony, Pahor noted the need for continuously working for peace, tolerance and solidarity, stressing that “everyone should ask oneself how much and how one can contribute to this”.

Italian Senator Tatjana Rojc, a member of the Slovenian minority in Italy, stressed it was a duty of today’s society to cherish memory of the past. “Nowadays other people, those coming from areas at risk, are ‘humiliated and insulted’, and it is them whom we have to provide what we have inherited from our survivors,” she was quoted as saying by public broadcaster Radio Sloveija.