Bulgarian Foreign ministry Responds to Stance of N..Mascedonia on Rights of Bulgarians in North Macedonia 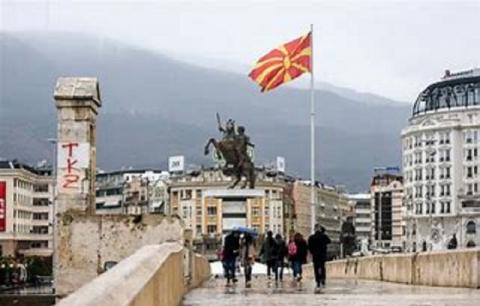 In a position issued on Sunday, the Bulgairan Foreign Ministry says that this country's position on the topic of protecting the rights of Bulgarian citizens and of citizens identifying themselves as Bulgarians in North Macedonia, has been stated on many occasions. The problems which these citizens have encountered in the past and continue to encounter today, are known: repressions, hate speech, and unequal treatment for the sole reason that they express their Bulgarian self-awareness, the position reads.
According to the press release on the Ministry's website, the position comes in reaction to a September 3 statement by North Macedonia's Prime Minister, Zoran Zaev, about the rights of Bulgarians in his country.
"The continuing practice of maintaining prejudices and negative stereotypes towards Bulgaria and the Bulgarian people, including through media, textbooks and monuments, as well as the encroachment upon Bulgarian national symbols and memorial plates, contribute further to the creation of negative attitudes and an unfavourable environment for citizens with Bulgarian self-awareness in the Republic of North Macedonia," the position reads further.
Bulgaria insists on a clear and firm position of North Macedonia's authorities on the undertaking of specific actions to build an integrated society based on the rule of law and human rights protection.
"The Council of the EU has underscored on many ocassions the importance of keeping goodneighbourly relations and, more specifically, of applying strictly and scrupulously the bilateral agreements with EU Member States," the position reads. The implementation of the 2017 Treaty of Friendship, Good neighbourliness and Cooperation between North Macedonia and Bulgaria on the part of Skopje is of key...