Imposing Justice Will Not Bring Reconciliation in Kosovo 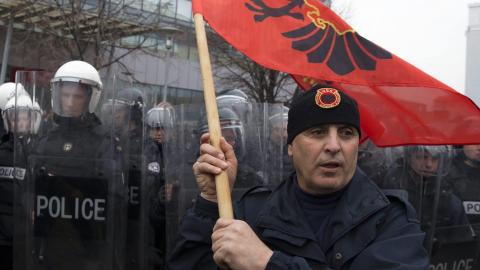 This concerted effort to appease Belgrade has come at Kosovo's expense; Kosovo has been pressurised into acceding to a range of compromises which have undermined its sovereignty.

These include the agreement to establish a Serb-majority municipalities association of 2013, the creation of the Kosovo Specialist Chambers in 2015, and the September 2020 Washington agreement. In particular - and of greatest relevance to the subject of our edited collection - at Serbia's behest, the issue of addressing the crimes committed by Serbian forces in Kosovo in the 1990s has been essentially removed from the diplomatic agenda.

The EU - and indeed the US - has hosted dozens of summits between Serbia and Kosovo since 2008, but the focus has shifted markedly away from dealing with Serbia's past misdeeds, to 'normalisation' and future cooperation.

This has happened despite the fact that there are thousands of people from Kosovo still registered as disappeared and Serbia has failed to atone for the thousands of rapes, murders and tortures committed by its personnel during the systematic campaign of ethnic cleansing it waged in Kosovo, as is noted in many of the chapters in our new collection of analyses, Kosovo and Transitional Justice.

Indeed, in recent years Serbia's president and prime minster have publicly denied that certain massacres took place, with President Aleksandar Vucic even declaring in 2018 that Slobodan Milosevic was a "great Serbian leader who undoubtedly had the best intentions".

As noted by many of our contributors, those who survived Serbia's brutality in the 1990s, watching as their Western allies stay silent in the face of Serbian leaders repeatedly refusing to acknowledge their suffering, cannot but have evoked both...