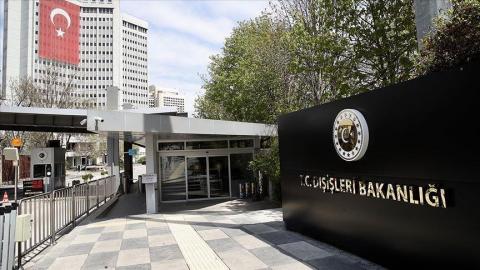 Turkey has cited an increased momentum in normalization efforts in ties with two regional powers, the United Arab Emirates and Egypt, on the day the second round of exploratory talks with the latter that was held in the Turkish capital.

The two nations broke ties in mid-2013 following the military coup staged by current President Abdel Fattah al-Sisi as Turkey became one of the loudest critics of the toppling of Egypt's first democratically elected head of nation, Mohamed Morsi.

The first political consultations between Turkey and Egypt were held on May 5 and 6 in Cairo with a joint statement that announced the continuation of mutual efforts for the reconciliation.

"A process has been launched. Necessary concrete steps in line with a road map can be taken in the coming period," Foreign Minister Mevlüt Çavuşoğlu told private broadcaster NTV on early Sept. 7.

"We will take that step if we agree on exchanging [ambassadors] in the next stage," Çavuşoğlu said on a question whether Ankara and Cairo would agree exchanging ambassadors as a result of talks.

Recalling that he had a chance for a brief discussion with Egyptian Foreign Minister Samih Shukri during an international meeting in Baghdad late August, Çavuşoğlu said his contact with his Egyptian counterpart has never been cut even in the tensest periods.

On a question about Egypt's continued cooperation with Greek Cyprus and Greece on the hydrocarbon activities in the eastern...