Bulgaria will Finally give Vaccines against COVID-19 to North Macedonia 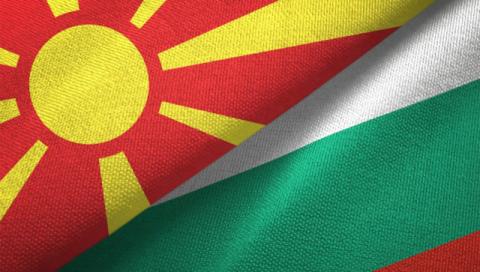 After former Prime Minister Boyko Borissov spoke about donating vaccines against COVID-19 in March and April, and the caretaker government continued talking in June decided on the donation in August, in September the procedure was completed by the Bulgarian institutions by a decision of the National Assembly on Wednesday (September 8).

Bulgaria will donate 51,480 doses of the vaccine to Pfizer / BioNTech in North Macedonia, and the vials expire on September 30, and it is estimated that the donation is worth BGN 1,560,635. All 146 deputies voted for it, including MPs from GERB, who prevented the final vote on another donation and sale of vaccines against COVID-19, this time they did not delay the procedure for North Macedonia.

Before sending the bottles for Bulgaria's neighboring country, the deputies approved at first reading to be:

- donated 50 thousand doses of the vaccine "Astra Zeneca" / "Oxford" to Bosnia and Herzegovina, as their expiration date expires on September 30, and the donation is worth 175 thousand BGN.

- sold 100 thousand doses of the vaccine "Moderna" to Norway, as their expiration date expires in November and December, and the resale is at an indicative value of BGN 3,780,620.
The rules of the National Assembly suggest that if there are no changes between two readings of a bill, the second vote can be taken immediately after the first and thus speed up the process.

However, GERB-SDS announced that they have considerations for the donation for Bosnia and Herzegovina and the sale for Norway, which is why they will submit proposals for changes between the two readings. The deadline for this is generally seven days, but the deputies reduced it to three due to the announced end of the work of...