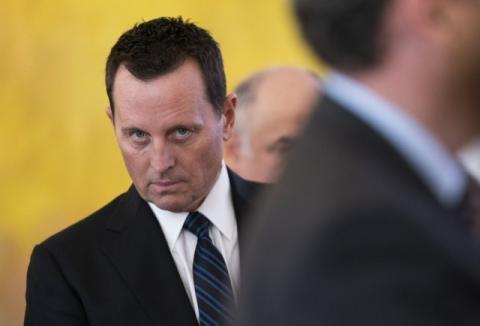 In the author's article written for the U.S. portal "Federalist", Richard Grenell pointed out that the "historic negotiations" from September 4, 2020 were squandered by the current U.S. President Joe Biden.
"It was Donald Trump's vision for Kosovo and Serbia to normalize their economic relations and help usher-in a complete Balkan-wide revitalization. President Trump believed that the perceived conflict was impacting job creation and economic development for everyone involved. He also believed that the strategy of constant political talking, led by the Europeans, was not working", Grenell stated in the author's text for the American website Federalist.
Grenel added that "unfortunately for the Balkans, the Biden Administration took the opposite position."
"President Joe Biden continues to ignore Kosovo, Albania, Serbia, and the entire region and has decided he just doesn't want to get involved. He has no presidential envoy for negotiations and there are no discussions or plans for the region inside his White House. There are no high-level visits planned by U.S. officials and no dates for Balkan leaders to come to the U.S.", Grenell said. The former envoy adds that Biden transferred the process to the European Union, to Brussels.
"The EU is in charge of Balkan redevelopment strategies and normalization talks now. And as we have seen from the pace of EU ascension discussions, the people of the Balkan region won't have help anytime soon. But President Trump still believes that each side should continue implementing the 2020 Economic Normalization Agreement despite the absence of Biden's leadership. The Trump Administration believed that Kosovar and Serbian steps toward economic normalization would dilute the power and importance of the dispute...