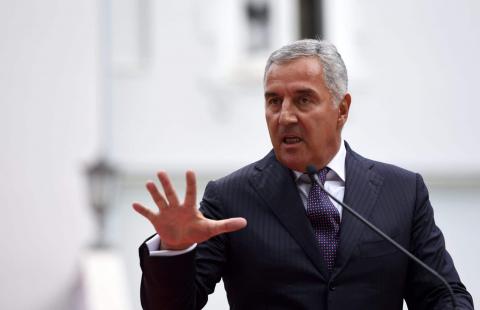 For what it's worth, many ordinary Montenegrins are as confused as everyone else about what just happened in their country. The violent scenes in Montenegro's old capital, Cetinje, had little to do with the enthronement of Joanikije II as the Serbian Orthodox Church's Bishop of Montenegro and the Littoral. They did, however, have everything to do with the former ruling Democratic Party of Socialists, DPS, and its desire to mobilise support by radicalising divisions.

They send a warning message to the current ruling parties that the DPS and its leader, state president Milo Djukanovic, will take Montenegro down in flames with them should they feel their interests threatened.

Ever since it was announced in August that Joanikije II would be enthroned as Metropolitan at the beginning of September in Cetinje Monastery, the centuries-old seat of the Serbian Orthodox Church in Montenegro, the DPS and a range of allied groups have been inflaming tensions.

During August, the political, religious and security atmosphere was brought to fever pitch with hate-mongering statements that claimed that Joanikije's enthronement amounted to Montenegro's humiliation by Belgrade and would be the "crowning moment of Greater-Serbian assaults on Montenegro". Calls for peaceful protest were mixed with ominous warnings, sounding more like threats, that, unless the enthronement was moved elsewhere, there would be violence.

The stage was set for that violence when, on August 15, Veselin Veljovic, the former police chief and now advisor to DPS leader and President Djukanovic, wrote an op-ed calling on Montenegrins to rally in Cetinje in early September against Joanikije's enthronement. In carefully worded language that amounted to a call to mutiny, Veljovic also...