Bulgaria Braces for Election 2 in 1 amid Electoral Fatigue 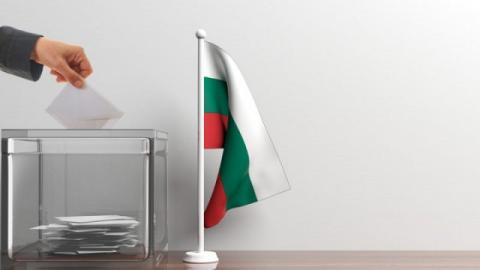 Conferring with the leadership of the Central Electoral Commission (CEC) on Tuesday, Bulgarian President Rumen Radev said he expects from the Commission to say whether they are ready, in organisational, technical, technological, timeframe and financial terms, for simultaneous holding of the presidential and early parliamentary elections.

The National Assembly has scheduled the presidential elections for 14 November. The President has yet to set a date for the snap legislative polls.

"The separation of responsibilities between the presidential institution and the National Assembly presupposes separate campaigns and separate elections. So far, such elections have never taken place simultaneously in our practice, and I am not aware of this having happened in other nearby countries. On the other hand, we all know that separate elections cost far more," Radev pointed out. He added that "this year Bulgarians have already built up a substantial electoral fatigue, and now they must go to the polls on three successive Sundays". He was referring to the two parliamentary elections, held in April and July, and to the two rounds of the forthcoming presidential elections and the third parliamentary elections.

CEC Chair Kamelia Neykova said that the Commission is always ready for the holding of elections regardless of their type and regardless of whether they are held simultaneously or separately, and she cited some examples.

In her opinion, if the two types of elections take place on the same day, some costs may be optimised because they will require a single set of logistics. The actual costs depend on the technological and organisational solutions and on whether a second round of the presidential elections will be necessary. If the two types of...