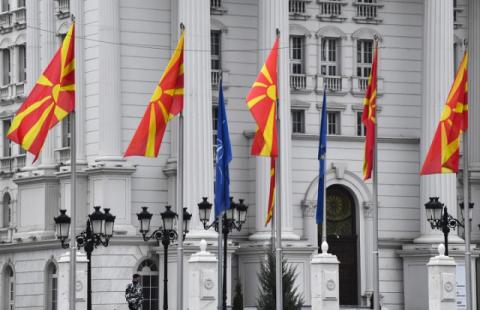 Bulgarian Caretaker Foreign Minister Svetlan Stoev has greeted the Republic of North Macedonia on the occasion of the 30th anniversary of the declaration of its independence, Stoev's Ministry said in a press release on Wednesday.
The country declared its independence from Yugoslavia on September 8, 1991.
Stoev recalled that Bulgaria was the first country in the world to recognize the independence of the then Republic of Macedonia.
In an address to North Macedonia's Foreign Minister Bujar Osmani, Stoev wrote that "in the past 30 years Bulgaria's support for its neighbour has been nothing but a selfless act of friendship and strong faith in the shared European and Euro-Atlantic future". "Whenever the Republic of North Macedonia is faced with serious problem,s Bulgaria is ready to render help, irrespective of its own challenges," Stoev noted.
He further recalled the big expectations at the start of the 1990s that the political changes in the newly recognized country will open up an opportunity to overcome the artificial divisions imposed on people on either side of the border. "The long-waited fall of the wall between us proved a long and painful process. The complete demolition of this wall still requires a strong political will and courage to root out negative perceptions and stereotypes," the address reads.
Stoev expressed his conviction that the full implementation in a spirit of good will by both states of the 2017 Treaty of Friendship, Good Neighbourliness and Cooperation may provide a groundwork for more ambitious and genuine European relations between the two neighbouring countries.
"I believe that we have a common past but also a common future as part of the EU family," Stoev wrote. He called for continued broadening of cooperation...